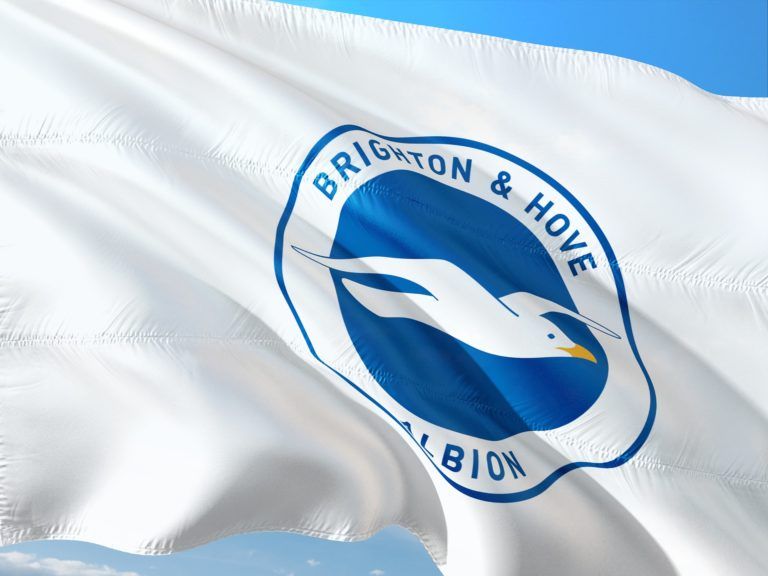 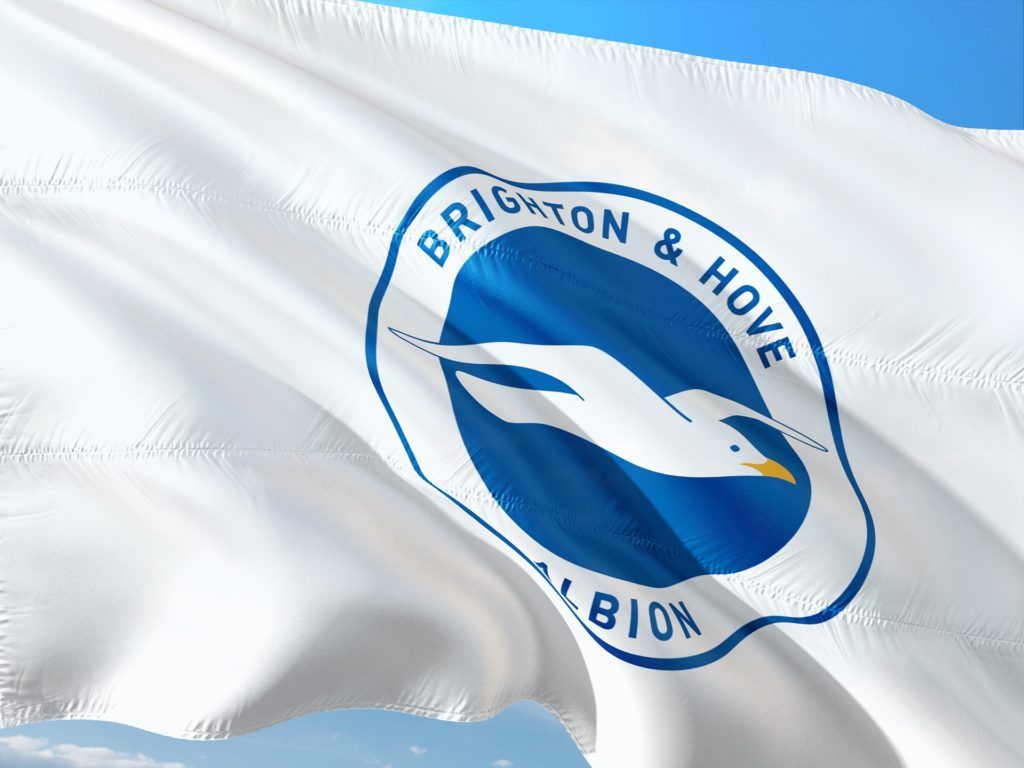 Whether you’re a fan of the seagulls or just a sports fanatic, this stadium tour will leave a long lasting impression of the true history behind football. Take a look behind the history of a club over a century old – founded in 1902, this club has a never ending list of magnificent achievements and successes.

Where can you find Falmer Stadium?

Brighton and Hove Albion's Falmer Stadium is to the south east of London - many transport services are available and will take you within walking distance of the magnificent ground. It is a 9 minute tube from the centre of Brighton, then just a couple minutes walk.

You will have the opportunity to see the home and away dressing rooms, and get the chance to have a photo with your favourite players shirt! You will also get the chance to walk through the players tunnels and out onto pitch side, in front of the magnificent 30,000 seat stadium.

Each tour will approximately last around 2 hours, depending on the size of the group wishing to attend. Hand sanitizing areas are placed throughout the whole tour and must be used whilst passing by. Social distancing will also be in place, ensuring it is a safe environment but also still enjoyable.

Things to do in East Sussex 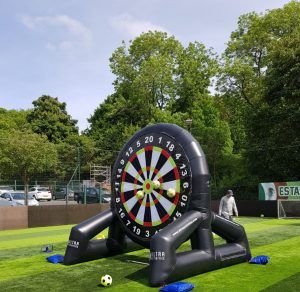 Want to be the next Ronaldo? Or how about the Phil ‘the power’ Taylor? Well with Foot darts you can be both! Foot darts is the new and addictive game at Bubble Soccer world where you and your friends can unleash your ... 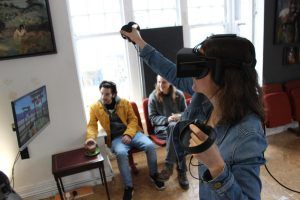 Want to experience crazy and exciting new worlds? Jump into an action-filled virtual reality experience with your friends and family at Govr in Brighton. From shooting zombies to strolling through a prairie there is something for everyone. You can take part in ... 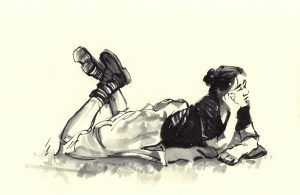 Looking to try life drawing? Then how about trying outside the life drawing in Brighton with DrawBrighton? Located in a picturesque nature spot, you can bring your friends and family to enjoy two hours of idyllic drawing time. Lay down a blanket, ... 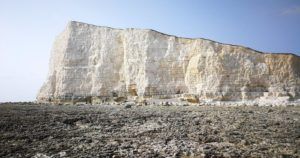 Add this tour to your stack if you’re looking to explore some of the country’s most iconic land and seascapes. With Brighton Beyond Tours you can take part in a small group tour in a luxury mini-bus and explore the beauty of ... 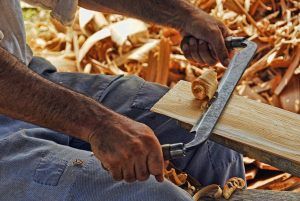 Are you looking for how about a Soft Woodcut, Linocut & Vinyl Workshop?  Bip-Art in Brighton runs courses in Traditional Etching, Zinc Plate Lithography, Woodcut, Lino & Vinyl, Collagraph, Drypoint, Wood Engraving, Fabric printing and Print without a Press, on each course ... 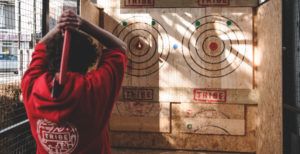 Think you’ve got what it takes to hit a bullseye? Get ready to unleash your competitive side at Tribe Axe throwing in Brighton. Whether it’s your first time or you’re a seasoned pro get ready to sling, sink and repeat. You can ... 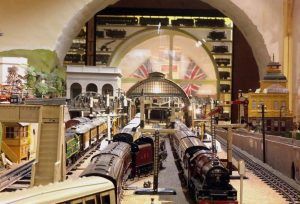 Want to relive your childhood memories? The extraordinary Toy and Model Museum in Brighton is home to one of the finest collections of toys and models in the world. With over 10,000 toys of every kind on display, including two working model ... 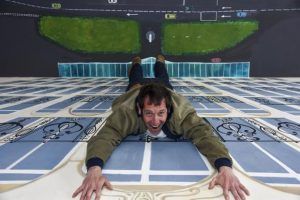 Visit the House of Illusions today and step into the magical world of Paradox Place for a wonky and wonderful experience. Full of interactive and immersive exhibits you will grow bigger and smaller become a live hologram, a kite surfer, and even ... 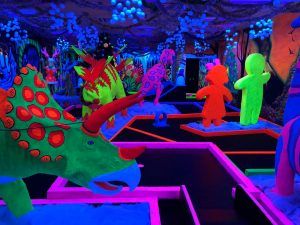 Looking for something fun to do whilst in Brighton? Crazy golf has just got crazier at Globalls. In this glow in the dark magical scene, you can travel back to the Jurassic period or stroll through a tropical jungle. You will golf ... 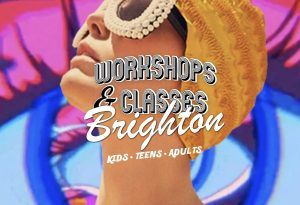 Have you ever dreamed of becoming the world’s next big designer? It’s time to show your passion for fashion and show what you can come up with. Head on down to The Fashion School in Brighton, where they offer fantastic fashion workshops ... 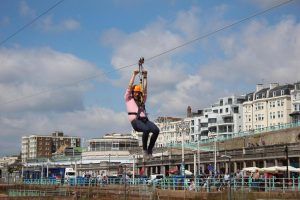 Looking for your next adrenaline rush? Come down to Brighton and try the longest zip line on the south coast! After a full safety briefing, you’ll climb the 24-metre platform and prepare to take the jump and soar 30 metres above sea ... 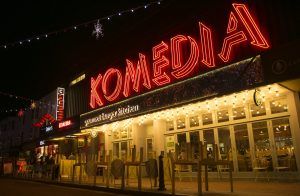 Come along to Brighton’s premier live entertainment venue Komedia for a night to remember.  As one of the largest, most diverse arts and entertainment venues in the UK it hosts over 700 performances of comedy, music, cabaret and children’s theatre- there really ...
Browse more things to do in East Sussex