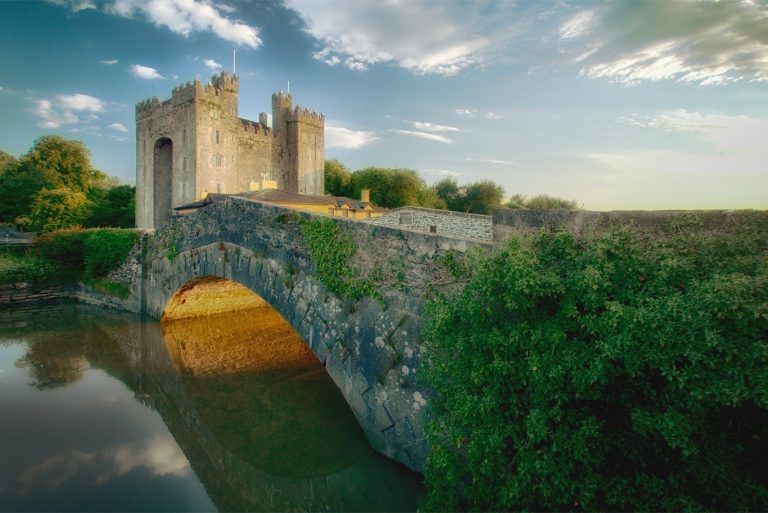 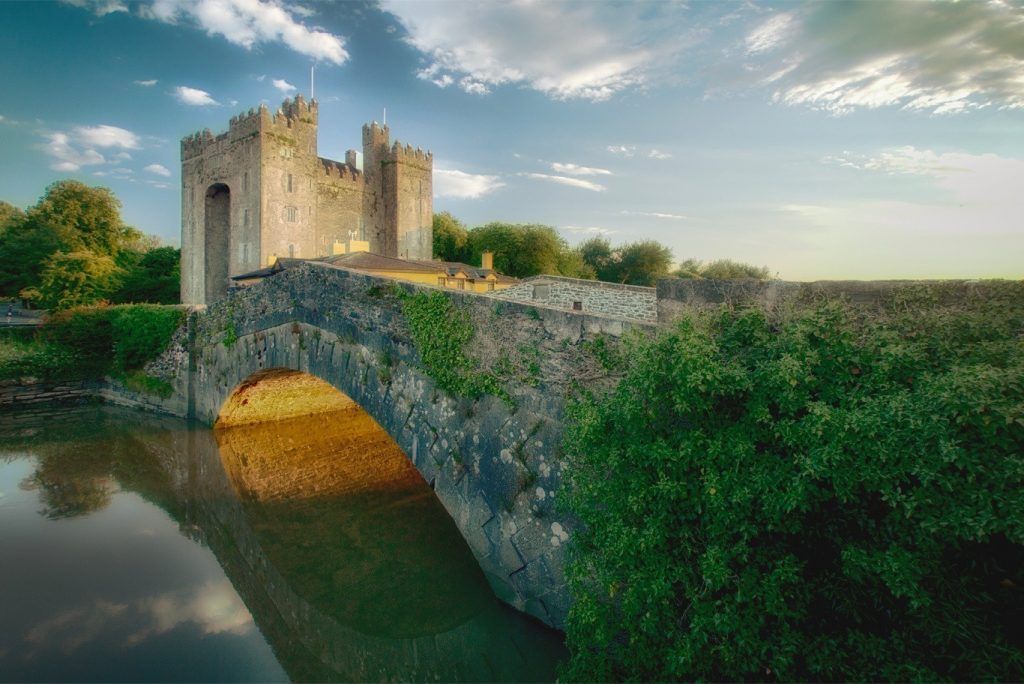 The site of Bunratty Castle has played an important role in Irish history. In 1250, Robert De Muscegros built a wooden stronghold, that was later converted to a stone castle by his predecessor, Thomas De Clare. After many years of war, the castle was built and destroyed multiple times changing occupiers between the Kings of England and Irish Clans, until finally it remained in the hands of the Irish after being rebuilt by Sir Thomas Rokeby having been in ruin for 21 years.

Where can I find an authentic castle in County Clare?

Bunratty Castle was built on the site of a Viking trading camp in 970 and is the most complete castle in Ireland!

Not only is the story of Bunratty Castle a rich and interesting tale. The grounds surrounding the area is a fantastic 19th Century experience. Folk Park, outside the Castle, is home to a collection of 19th century style shops and village houses. From a school, to a doctor’s house and a grocery to a pub, the small village will transport you back in time into Irish life during the 1800s. This is a great experience with so much to see and do, so step in the the past and add Bunratty Castle and Folk Park to your Stack today!

Things to do in Co. Clare 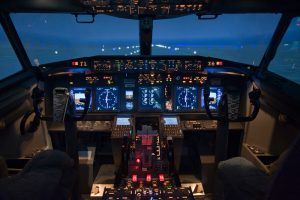 Experience the thrill of the ultra-realistic flight simulator inside a real aircraft cockpit featuring many original Boeing parts and controls! At Atlantic Air Adventures, you can immersive yourself in this life-like experience and see the world through the eyes of an airline ... 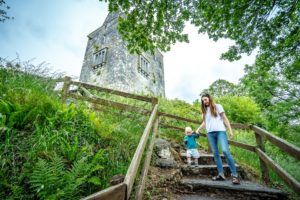 Craggaunowen Castle was built circa1550 by John MacSioda MacNamara, a descendant of Sioda MacNamara, who built Knappogue Castle (1467) which is located only a few miles away. The castle was left in ruins in the 17th century and deemed uninhabitable by the ... 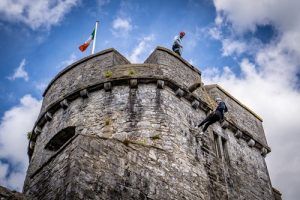 Visit this historic castle in the heart of Limerick City and learn all about its turbulent past! One of the best-preserved Norman castles, the site of King John’s Castle has been occupied for over 1000 years, with the Vikings making some very ... 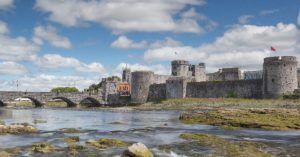 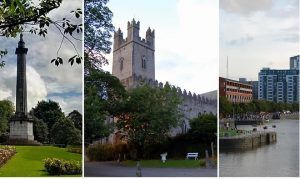 Are you visiting Limerick but not sure what the best way to see the sights is? Then look no further than Limerick City Walking Tours! Starting from 10 am, you will begin the tour outside the Limerick City Art Gallery and Georgian ...

Visiting Limerick and looking for a unique and fun-filled experience? Try an escape room at Escape Limerick and get thinking outside the box to solve a series of puzzles and challenges! Work as a team to work your way through the mystery, ... 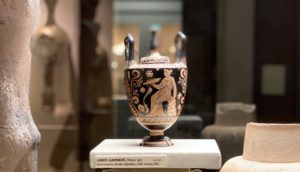 Visit The Hunt Museum in Limerick

Visit the Hunt Museum! Objects and paintings from ancient to modern times in Limerick’s Georgian Custom House with its outdoor Museum in a Garden. The Museum operates on three platforms to bring its collections to as many people as possible. Journey through ... 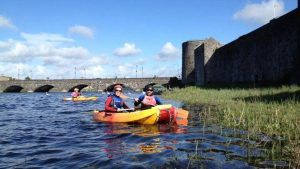 Looking for something new & exciting to try in Limerick City? Then you’ve come to the right place. Limerick Kayaking Tours & Taster Sessions offer a safe, fun-packed activity combined with lots of team games and fun facts/history about Limerick included! you ... 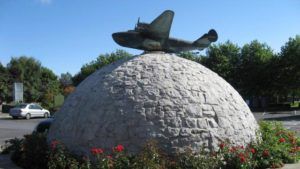 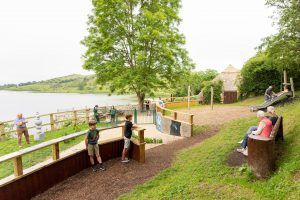 Take a trip 6000 years into the past and discover the origins of Irish history at the Lough Gur visitor centre! Not only is the lough a beautiful location, but there is also a wealth of knowledge to gain at the visitor ... 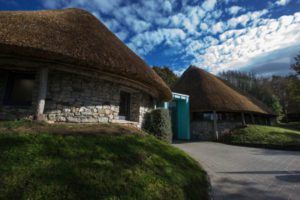 Lough Gur is a magical and mysterious place that is rich in folklore along with a wealth of archaeology and history dating back to Stone Age times. The Heritage Centre provides a fascinating interpretation of the sites associated with Lough Gur. Heritage ... 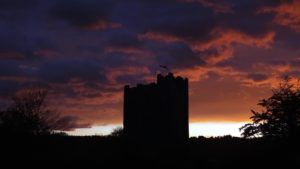 Welcome to the Clare Archaeology Centre. Allow us to provide an overview of what’s on offer and illustrate why a visit to Dysert O’Dea Castle—and the surrounding 25 original archaeological field monuments are a must-see on any visit to County Clare. The ...
Browse more things to do in Co. Clare