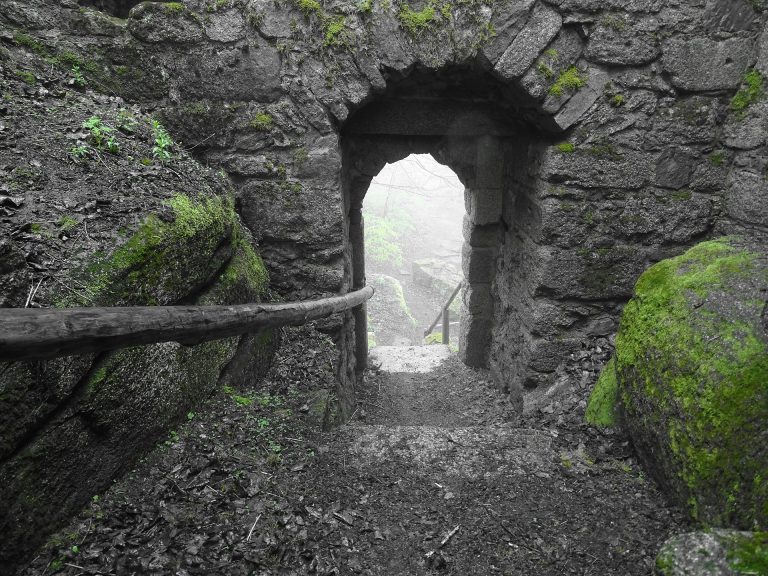 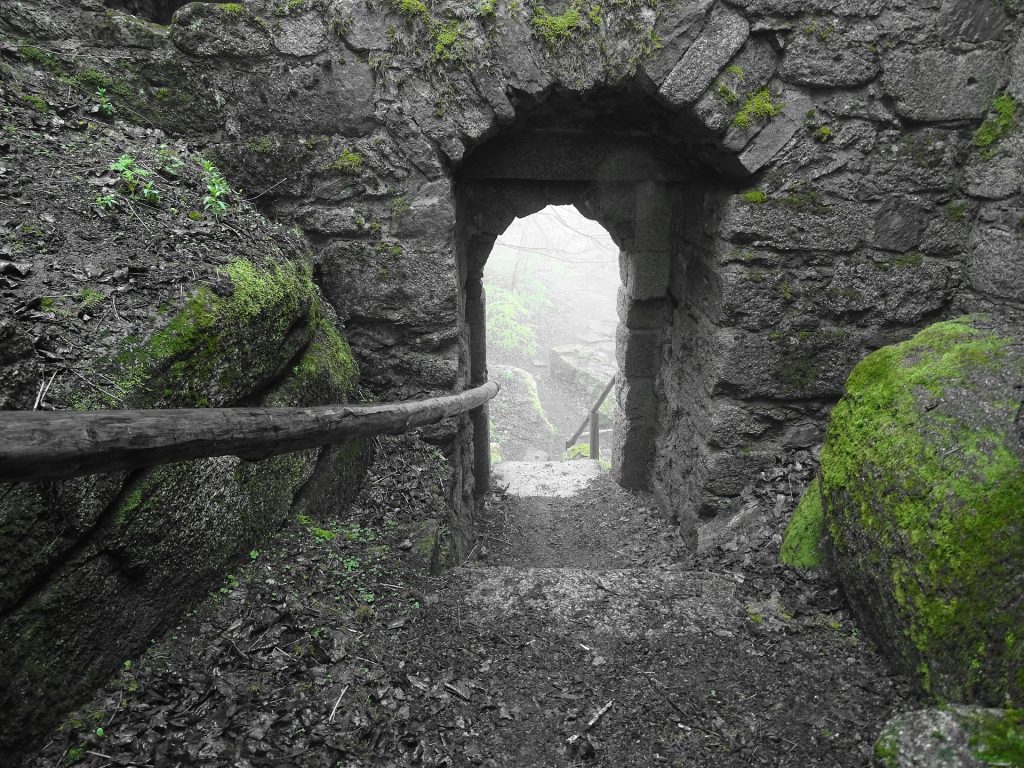 Are you a lover of history, or do you want to explore some of Scotland’s hidden gems? Well then, make sure to take a trip down to the ruins of Kilmahew Castle in Argyll!

How do I get to Cardross?

Cardross railway station is linked directly to both Glasgow Queen Street and Edinburgh Waverley - to get to the village, take the North Clyde Line operated by ScotRail from either station.

The ruins are located near St Peters Seminary, which is now also in ruins. This castle is steeped in history, being owned by the Napier family for around 18 generations. The castle that remains on the site today, was built in the 16th century. However, there is evidence of a castle being built on the site as far back as 1290.

Today’s settlement of Cardross was developed around a 17th-century church. While there are no remains of that church, the graveyard is still actively used. The village took its name from the historic parish where Robert the Bruce, King of the Scots from 1306 to 1329 and a renowned warrior and leader of Scottish independence, lived the final years of his life.

The castle was built as a 16th-century style Tower House, with its final modification in the 1700s being attributed to the architect John Douglas. There is an exciting future ahead for the castle, as it was bought by the Kilmahew Education Trust in 2020, which may include restoration of the site. So what are you waiting for? Make the most of your day off and explore the historic Kilmahew Castle!

Things to do near Glasgow 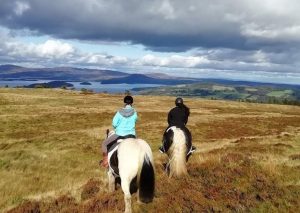 Ever wanted to find a unique way to take in the sights on the shores of Loch Lomond? There are walking tours provided throughout the area. However, Loch Lomond Pony Trekking is an up-and-coming way to ... 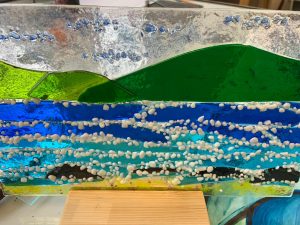 Ever wanted to branch out and expand your creative skillset? How about glass fusing? Near Glasgow, Cass Peters is running weekend, half-day workshops designed for introducing the craft of glass fusing to beginners. First, let your ... 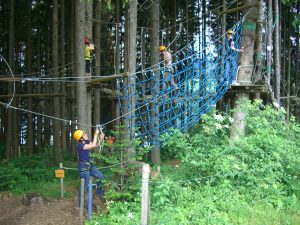 For children, adults, and families alike! Why not bring out your inner child at the TreeZone Aerial adventure course in Loch Lomond? The course has everything from Zip wires, tight ropes, gap jumps to Scramble nets. ... 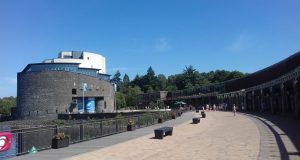 If you’re looking for a day trip to escape the hustle and bustle of Glasgow, then we’ve got the perfect activity for your stack! Experience the stunning beauty of Loch Lomond, get your shop on and ... 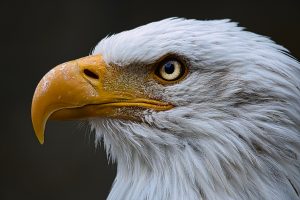 Come and meet some of the most majestic birds of prey in the world,  some of whom also call Britain home. The Loch Lomond Bird Of Prey Centre in Alexandria boasts different varieties of British Birds ... 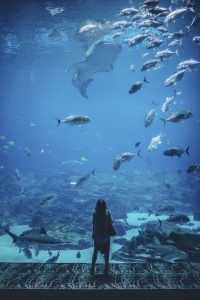 Discover an underwater world at Sea Life Loch Lomond and get up close to the amazing creature that lives there! This underwater world is a perfect day out for families and adults alike. Take the journey ... 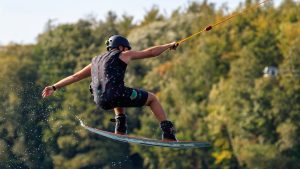 Experience the fun on the shores of Scotland’s largest lake with The Loch Lomond Water Ski Club. The club has been heavily involved in the field of water skiing for over 35 years and has vast ... 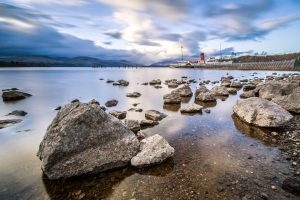 Step back in time on the Maid of the Loch

Have you ever wanted to explore Loch Lomond in a unique way? Then hop onboard the Maid of the Loch, one of Britains very last Paddle Steamers! Built in 1953, this steamer is a fine example ... 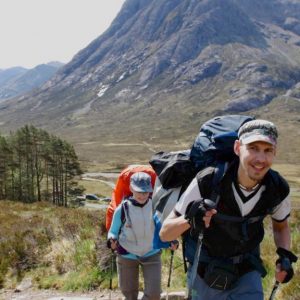 Ever wanted to find yourself in the middle of Scotland’s charming nature for days on end? Traditionally walked south to north, starting from Milngavie and ending in Fort William, West Highland Way is the route for ... 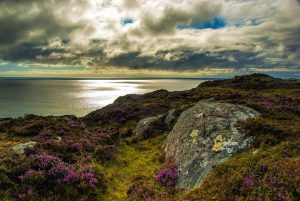 For history and music lovers! Would you like to make a pilgrimage to the site that once hosted musical giants as big as Oasis and R.E.M? Balloch Castle and Country Park is a perfect day out ... 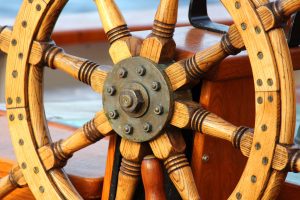 The Scottish Maritime Museum in Dunbarton

Scotland and Glasgow have always been associated with Shipbuilding, due to its booming industrial trade throughout the 19th and 20th centuries. If you have ever wanted to learn more about the nations Maritime history, but also ... 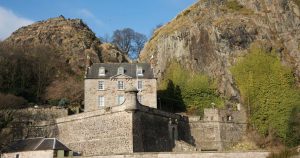 For all you history buffs out there! This is one of Scotland’s most iconic, oldest and most significant structures with regard to the history of this small nation. The castle was an impressive fortress built for ...