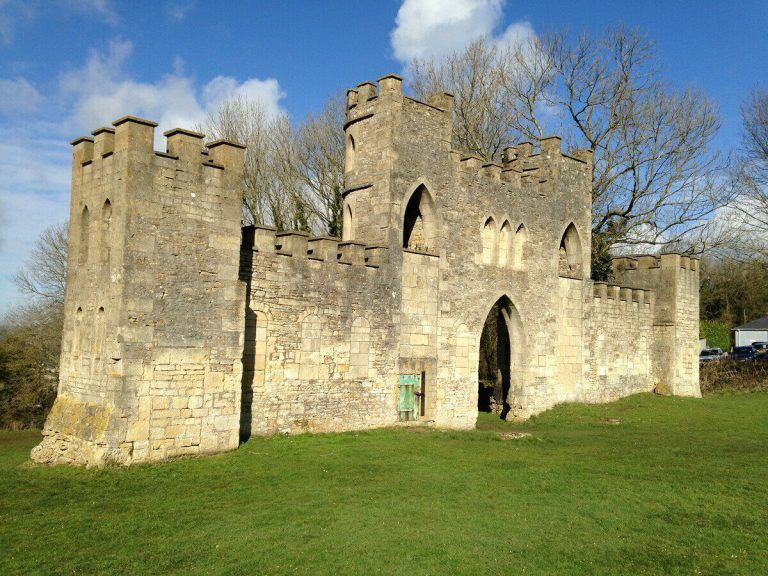 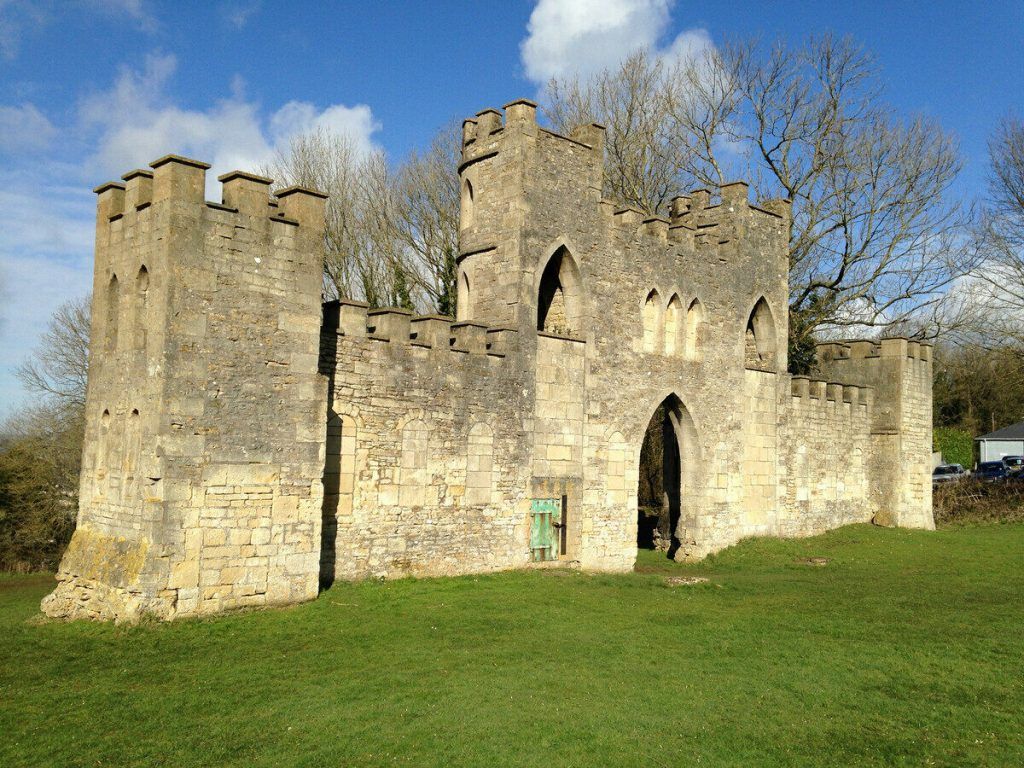 Don’t be fooled by this fake medieval façade even if it is almost 300 years old. The perfectly named stone edifice was originally built to improve the view from a wealthy postmaster’s nearby estate. The towering wall was erected in 1762 using stones from some quarries located in nearby Bath that the postmaster had also purchased, allowing the fake castle to pull double duty as an advertisement for the quality of the local rock as well.

Where is the fake castle in Bath ?

Located on a real (not mini) golf course, Sham Castle is, exactly as the title suggests. Just a wall meant to look like the entrance to a grand medieval fortress but is closer to an 18th-century version of a Hollywood backlot.

While it is called a “castle,” the façade is simply a single wall with ornate windows and iconic medieval towers on the front side. The backside of the wall is almost hilariously blank as the sham was clearly only built to be seen from one side. Travellers from central Bath can follow a trail from the end of Sham Castle Lane. be sure to snap away and tell your friends you visited a “real” castle

Things to do near Somerset 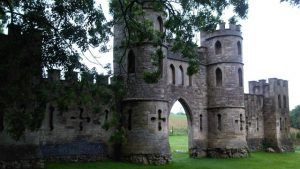 Sitting proudly on an edge high above the city of Bath lies the intriguing Sham Castle, a feature of the National Trust’s skyline walk. It’s believed to have been built in 1755 by Richard James for master mason Ralph Allen, to “improve ... 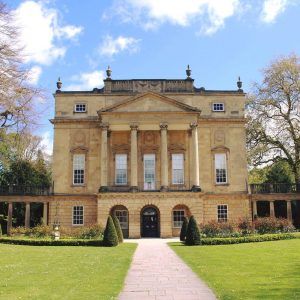 The Holburne Museum in Bath

The Holburne Museum boasts and impressive collection of art set in a glamourous manor house in Bath. Featured in the ‘Bridgerton’ TV show, the manor is stunning and means the sights start before you even enter the museum. Inside the museum you ... 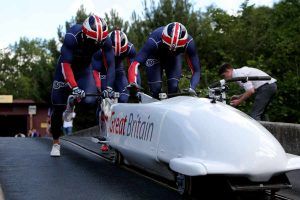 Up for trying bobsleighing? Come to Bath for one of their taster experiences without the worry of the cold weather! Their push track is the only one of its kind in the entire country! After coaching from world-class GB athletes, you’ll be ... 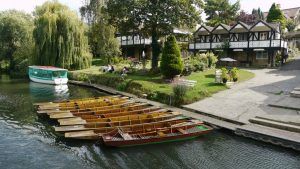 Looking to go for an unforgettable boat journey? How about the charming Victorian Boating Station where Thames Skiffs (rowing boats), Canadian Canoes, Punts & Rowing Punts are available for hire for 1 or 2 hours which can all be used to explore ... 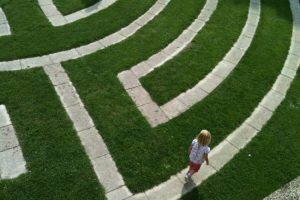 Alongside the river Avon, near Pulteney Bridge, lies a small garden labyrinth, created by one of England’s most prolific labyrinth designers and inspired by Bath’s history. The paving stone maze, which weaves around a mosaic centre, is a favourite with younger children. Although ... 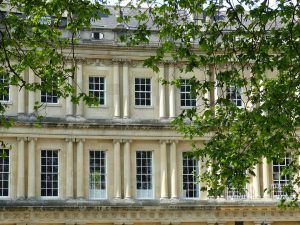 Calling all Bridgerton fans, this one’s for you! See Bath through the lens of the hugely popular Netflix series Bridgerton! Stroll down the ancient cobbled streets of Bath as Paul Elliott (your tour guide with 25 years of experience) regales you with ... 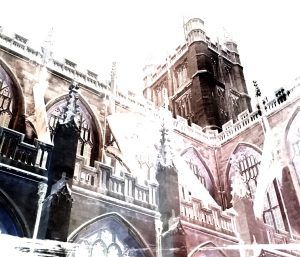 Are you looking to brave the ghost tour in Bath? Discover some of the many haunts that exist within the walls of this very old city with a Bath Ghost Tour.  On each tour, you will hear gruesome tales of murder, horrors, ... 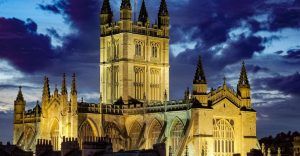 Looking for a fun and frightening day out? Travel back in time through Bath’s dark past, stretching back to its foundation long before the Romans came in this walking ghost tour of Bath. Listen to eerie stories of murder, mystery, mayhem, terrors, hauntings, ... 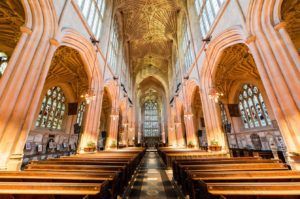 Bath Abbey is a parish church of the Church of England and former Benedictine monastery in Bath that has been a place of worship for well over 1000 years! With that much history and the amazing building we are sure you’ll be ... 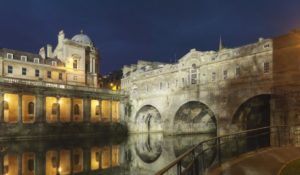 No trip to Bath is complete without a trip across Pulteney Bridge so come and visit one of the most photographed Georgian architectures in Bath. It is one of the only bridges in the world to have shops across it on both ... 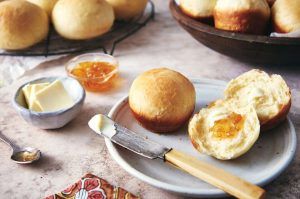 Want to try Bath’s famous Sally Lunn Buns? Sally Lunn’s is much more than a world-famous tea and eating house in the centre of the wonderful city of Bath England. The historic building is one of the oldest houses in Bath! Take ... 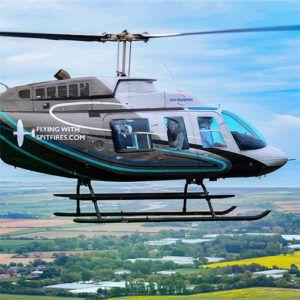 Looking for an exciting tour of Bath? Why not take a helicopter city tour with Into the Blue? As you rise rapidly to 1000ft get ready to spot famous sights and landmarks including some of the finest architectural sights such as the ...