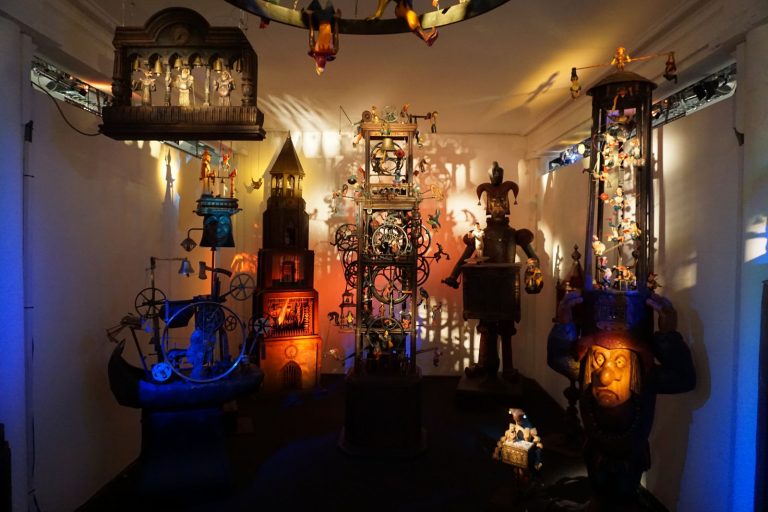 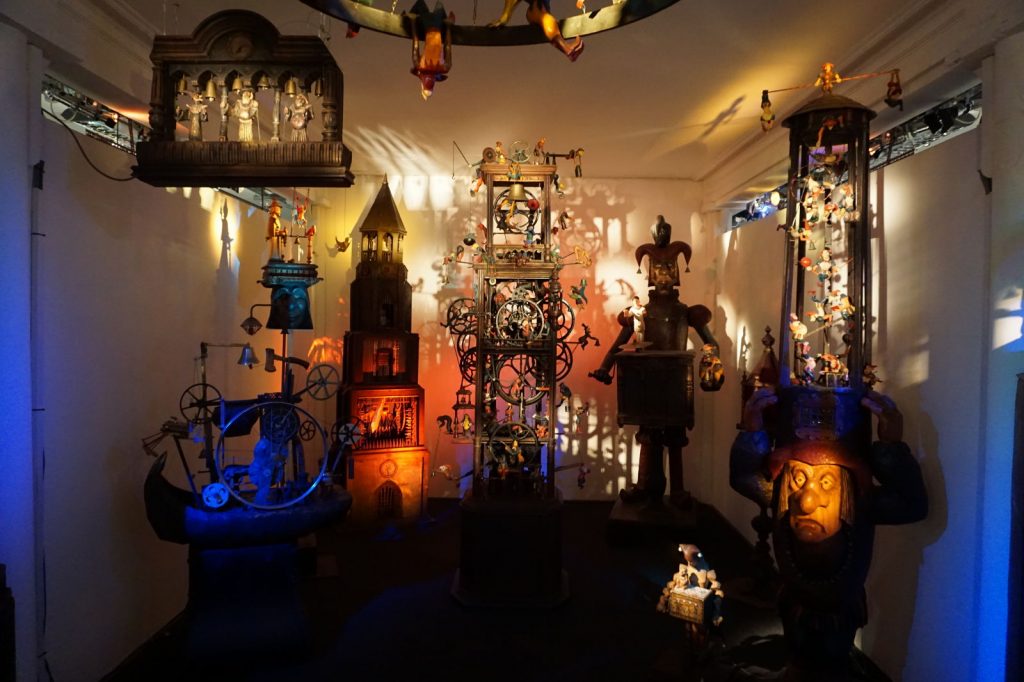 Come and experience the unique Russian art and craft of Sharmanka! Sharmanka was originally founded by mechanic-sculptor Eduard Bersudsky and theatre director Tatyana Jakovskaya in St Petersburg in 1989. Since its creation, audiences in different countries across the world have been fascinated by its magic, and since its introduction in Glasgow in 1996, it has gained a reputation for being one of Glasgow’s hidden gems of places to visit.

Sharmanka Kinetic Theatre in Glasgow consists of hundreds of carved characters and pieces from old scrap materials. These characters and figures are then choreographed to haunting music and synchronised light displays, telling the stories of the human race in a funny and tragic manner.

Sharmanka is a collaboration between sculptor and mechanic Eduard Bersudsky, theatre director Tatyana Jakovskaya, and light and sound designer Sergey Jakovsky. Bersudsky, born in 1939 Russia, started sculpting quite late into his 20’s. By 1974, he began to show his work at “non-conformist” art exhibitions, in protest of Soviet Russia ideology. A few years later he began producing the kinemats, the sculptures you will see today controlled by a sophisticated system of electrotonic devices and incorporating a range of curious objects and carvings. These were only seen by close friends until 1988, where he met Jakovskaya and founded the Sharmanka Kinetic Theatre. They were later driven out of Russia due to lack of funds and support for art more generally – it was at this time they were invited to Glasgow to show their work, and have been running their gallery/workshop since 1996!

At the Theatre guests will find 3 main displays, each telling different stories and introducing visitors to new characters. The wooden collection on display was the original collection to feature at the theatre, created in St Petersburg prior to Sharmanka’s opening to the public. The other 2 main collections include the Metal Kinemats, and the Proletarian Greeting displays.

Things to do near Glasgow

Are you looking for something unique and interesting to do on your day out? Well then, the Sharmanka Kinetic Theatre will give you an experience that you will never forget. In its three decades of existence, ... 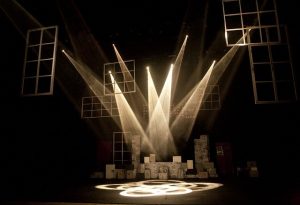 Calling all history and music lovers! Do you want to visit a place in Glasgow that merges the two? Well then, look no further than the Britannia Panopticon Music Hall in Glasgow! This building is steeped ... 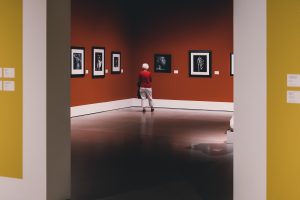 Calling all photographers, and/or photography enthusiasts! Since 1989 Street Level Photoworks has been providing artists with the opportunity to showcase their work in the heart of Scotland’s largest city. Their facility in the Trongate area of ... 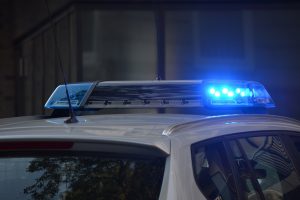 For an interesting day out! Have you ever wanted to learn about the history of our Police force here in Scotland? Well then, the Glasgow Police Museum is the place for you! The Museum is run ... 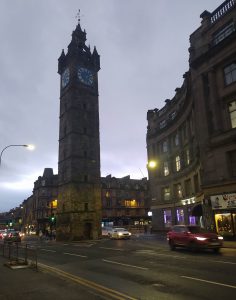 Calling all history lovers! Do you want to explore the history of Scotland’s largest city? Thankfully, Glasgow still has a strong resemblance to its past with regard to its buildings. The Tolbooth Steeple is the perfect ... 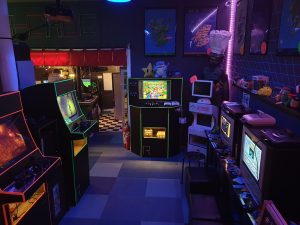 R-CADE opened to the public in January 2018 with only a handful of games and a truckload of ideas. They gave everyone the opportunity to play classic video games the way they were meant to be ... 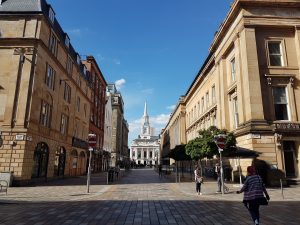 For lovers of history! Or those just seeking a day out in the heart of Scotland’s largest city. Merchant City is the perfect place to visit while exploring Glasgow. Located close to the main districts of ... 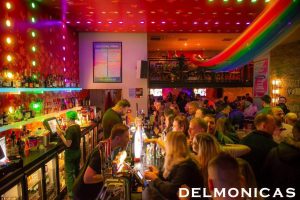 Visit Delmonicas – a LGBTQ+ Bar with a Karaoke Twist!

Delmonicas is a Glasgow gay bar that has existed in Glasgow since 1991. Because of this fact, Delmonicas claims to be “At the heart of Glasgow’s Gay community” which is very true as their bar is ... 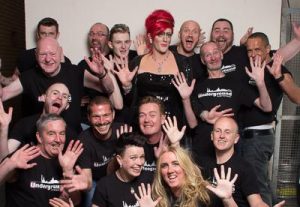 The Underground – LGBTQ Nightclub in the centre of Glasgow!

One of Glasgow’s friendliest gay bars, The Underground is a popular draw for locals and tourists looking to make friends and drink refreshing, cheap beverages in a colourful atmosphere. Features a free jukebox which you can choose ... 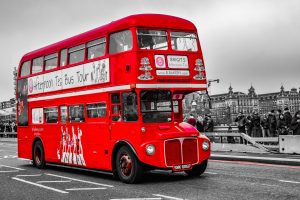 For those interesting in undertaking a slightly different kind of bus tour around Glasgow, The Red Bus Bistro is a cafe on wheels! Providing afternoon tea, sandwiches, coffee, and pastries, all while taking a detailed tour ... 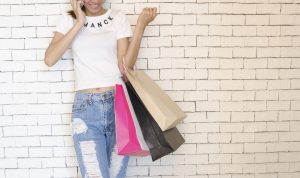 Are you looking for a fantastic day out? Look no further than St Enoch Shopping Centre in Glasgow city centre! You can shop to your heart’s content, while also taking a break to have a bite ... 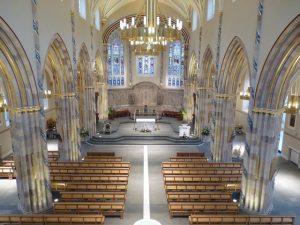 The Metropolitan Cathedral of St Andrew in Glasgow

Are you looking for something interesting, yet peaceful, to do on your next day off? If so, look no further than St Andrews Cathedral in Glasgow. This fantastic cathedral was designed by the world-famous architect, James ...