Come and see a mystical piece of Welsh history!

St. Govan was a hermit (though some tales refer to him as more of a thief) living in the 6th century. Some believe that his name, Gowan, is actually Gawain, the Arthurian knight of legend with strong connections to the area. As the story goes, Govan was heading to Wales when he was attacked by a band of Irish pirates. He fled to the cliffside to make an escape when suddenly the rock face miraculously shifted into a cave. He used it to hide from the pirates, saving his life. After this, he dedicated his life to God and spent the rest of his life there as a hermit. It wasn’t until the 13th/14th century that the chapel was constructed as a place for people to enjoy the site. There are some interesting claims about the site, with people saying that the water there can cure problems with your limbs and your eyes and that the number of steps is never the same going down as going back up!

Whether or not you’re religious, it’s a fascinating story and the views along the coast are stunning. There are plenty of seabirds to spot on the cliffs, including guillemots, razorbills and kittiwakes.

Where can I find St Govan’s Chapel?

It’s in South Pembrokeshire - approach via the B4319 road and local minor road. There’s a car park near St Govan’s Chapel, then it’s down a steep flight of steps so be careful!

Things to do near Pembrokeshire Foxcombe Shooting Range (impressively, the longest range in Wales) is the perfect place to flex your shooting skills, whether you’re a beginner or an expert marksman. Their team has over 40 years of the shooting experience so they’re ready and willing to ... Live like a Hobbit at Florence Springs Glamping Village

In a hole in the ground there lived a hobbit… this time, not in The Shire, but in Pembrokeshire! Have you ever wanted to replicate the cosy comforts of hobbits, sitting by your own fire with a glass of good beer and ... Only less than a mile off the coast of the beautiful Pembrokeshire national park lies a remarkable island that is a must-do for any nature-lovers, wildlife admirers or anyone who wants to see some of the most special environments that Britain has ... Calling all water sports fans, Wild Lakes Wales in Narberth has so many different and special water sports that you have to go as soon as you can. You can conquer the aqua park before trying wakeboarding in one of the most ... The UK has some of the best zoo’s in Europe, with one of them being in Kilgetty, in a lovely corner of Pembrokeshire. Visit 2017’s 10th best voted zoo in the world for a fantastic day out of fun and let your ... Are you looking for many hours of fun? Then look no further than Oakwood theme park, this theme park is full of awesome rides and family fun adventures, so strap in and be ready to be blown away by some of the ... Broad Haven is a small village with an attractive safe bathing beach of firm golden sand. It has been a popular seaside resort since the 1800s. The only evidence remaining of the coal industry is a large ‘Slash’ pond 200 yards inland ...

Are you an artistic individual looking for something to do? Or maybe you’re looking to find that inner artist? Why not try a one-day art workshop at Louise Burdett Art in Pembrokeshire. There are lots of different workshops to choose from so ... 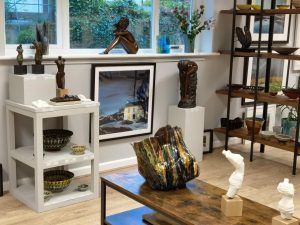 It’s time to get the paintbrushes at the ready! Do you have the art styles of the greats like Van Gogh and Leonardo da Vinci, or do you have your own unique style? It’s time to express your artistic side down at ...

Are you the next Katniss Everdeen? Then come down to Dyfed and try Aerial Archery – a fun and unique activity that combines clay shooting with archery! This is the only place in Wales that offer aerial archery, so whether you’re looking ...

Are you looking to unleash your inner artist? Well, there’s only one place for it! Down at Raul Speek in Wales, they offer a fantastic day out for all artists alike. You can take part in fun art activities ranging from screen-printing ... Come and see a beautiful hidden gem of the Welsh coastline! Caerfai Bay is a stunning beach tucked away, hidden at high tide. It sits between some magnificent cliffs, a key feature of this area. Come low tide, a sparkling golden sandy ...