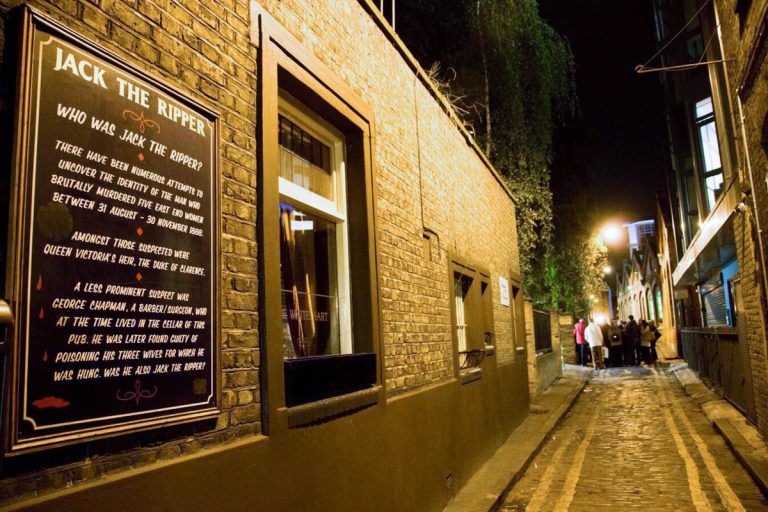 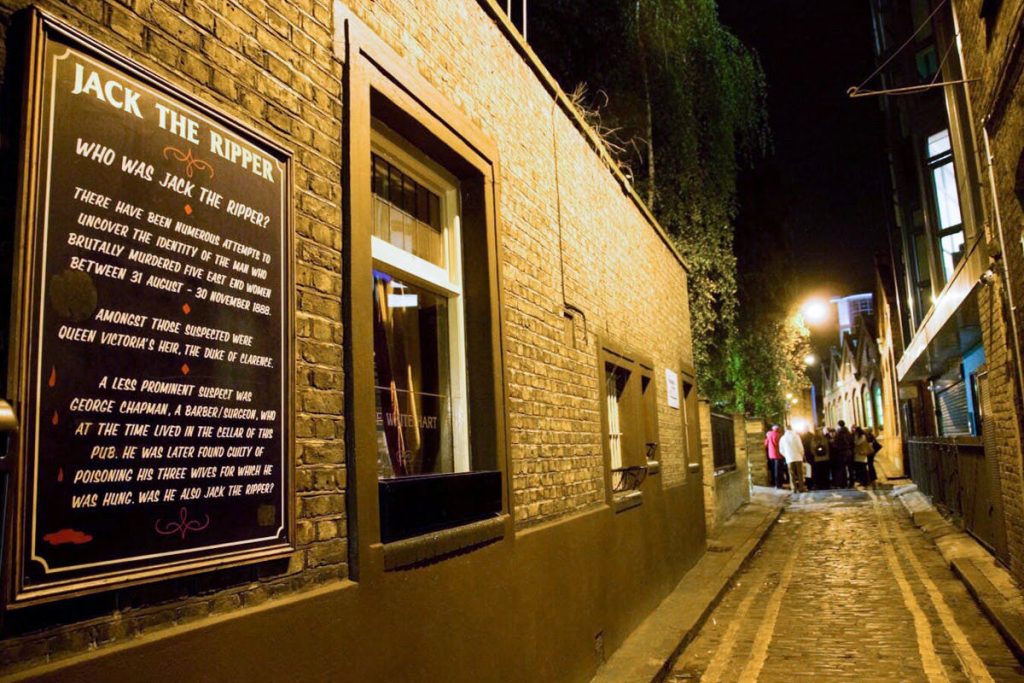 Experience London through a fascinating, thrilling lens on this Jack the Ripper themed tour of London!

Where can I go on the Jack the Ripper tour in London?

The Jack the Ripper tour starts at 8 Whitechapel High Street, London, 0,7 miles from the Tower of London.

On this exciting tour, you’ll see the city like never before, comparing the London of years gone by to the modern metropolis you know and love today. Learn the trails that police officers of the day followed, peek into the lives of the Ripper’s unfortunate victims and query the minds of knowledgeable tour guides who have written knowledgeable guides and are experts on Jack the Ripper. The tour ends in a convenient location for public transport, in time for a few drinks in the Victorian pub which once served the victims – and perhaps even Jack himself!

Did you know that Jack the Ripper’s name originates from a letter written by someone who claimed to be the killer? Over a century after the infamous crime case, a self-proclaimed “armchair-detective” Russell Edwards, who bought the 126-year-old shawl belonging to one of the victims at an auction, has claimed to have revealed the true identity of the killer. After enlisting the help of forensic geneticist Dr Jari Louhelainen, he has revealed them as Polish immigrant Aaron Kosminski, a primary suspect at the time of the killings.

Ripper-Vision will uncover the face of the man the police should have been looking for, based on eye-witness reports and modern-day criminal profiling technology. If you are unable to make it to Whitechapel, The Jack The Ripper Tour can be brought straight to your home in a thrilling virtual Jack the Ripper tour experience!

Jack the Ripper tours allow you to experience the real East End of London as it was in 1888. The tour can be as an educational trip, an exciting day out, stag & hen do, or anything in between. The tour follows the path of all the crime scenes, and with help from the guide books, you can start your own investigation. Stops can be made anytime during the tours, and there’s a wide variety of pubs and restaurants on the route, so make the most of this fantastic day out!

The Jack The Ripper Tour 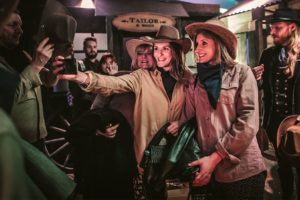 Are you and your friends looking for a fun and entertaining night on the town? Head over to the Moonshine Saloon where you will travel back in time to the 1800s and will become one of ... 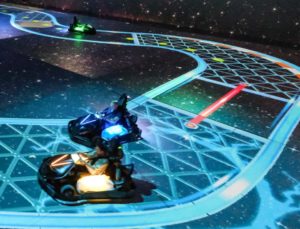 If you love go-kart racing and video gaming, Chaos Karts, with their advanced electric karts, bring together both.  With game-changing power-ups and incredible digitally projected tracks, this is a karting experience like no other! Take the wheel ... 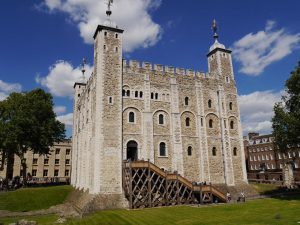 A visit to the Tower of London is a hoot and not just because of the caw of famous ravens.  The Yeoman Warders, dressed in full uniform, help make this an unforgettable visitor experience, with a ... 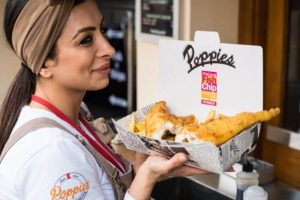 Are you a foodie looking to explore a new place? Why not see the sights of England’s capital city while also having an excellent culinary experience. As part of this tour, you can expect to indulge ... 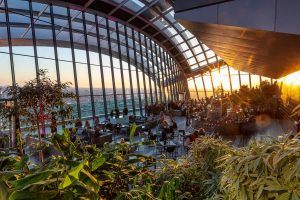 Wanting to see London from a new perspective for free? The Sky Garden is the capital city’s highest public garden, and you can book to visit and take in the views for free! Also at Sky ... 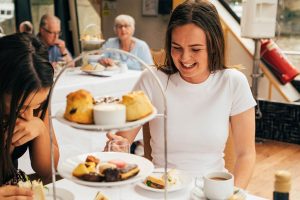 Are you looking to try something a bit different? For just £59, you and a friend can enjoy a scrumptious treat of afternoon tea goodies while cruising down London’s Thames. Expect to see the sights of ... 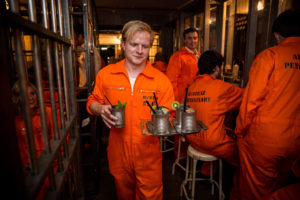 Looking for somewhere fun and new to go for a drink in London? If you are a lover of cocktails then look no further as Cell Block Two – One – Two have you covered, But ... 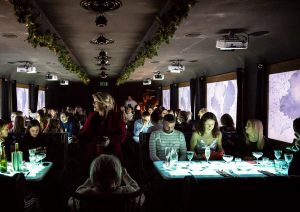 An Underground Dining Experience in London

Looking for an immersive dining experience? The Murdér Express put together by Funicular Productions is just thin. Step aboard this train at Pedley Street Station and get ready for a voyage back to the past. This ... 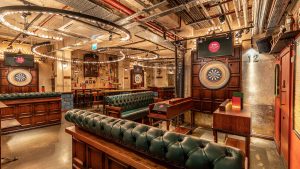 Fancy challenging your friends to a game of darts? This isn’t your typical game of darts, the Flight Club has revolutionised the traditional game by bringing groups of people together- so don’t worry you don’t have ... 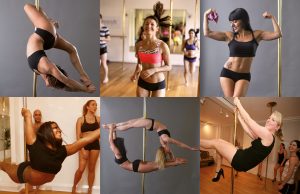 Are you looking for a unique way to get a good workout? Ever wanted to try your hand at some pole action? This pole dance fitness activity is fun, different and will give you a good ... 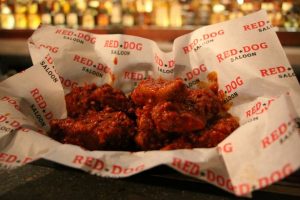 Become a Cowboy and beat the Naga Viper Wings Challenge at the Red Dog Saloon in London!

YEEHAW! At the Red Dog Saloon in London, there is a challenge being waged for all that can handle it, all you have to do is eat six chicken wings in 10 minutes – but Britain’s ... 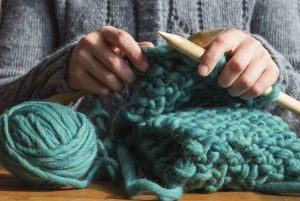 Attention all crafters! We have the perfect activity for you to add to your Stack! There is a great crochet class that awaits you in London, we think you’ll love it. Token Studios run a variety ...