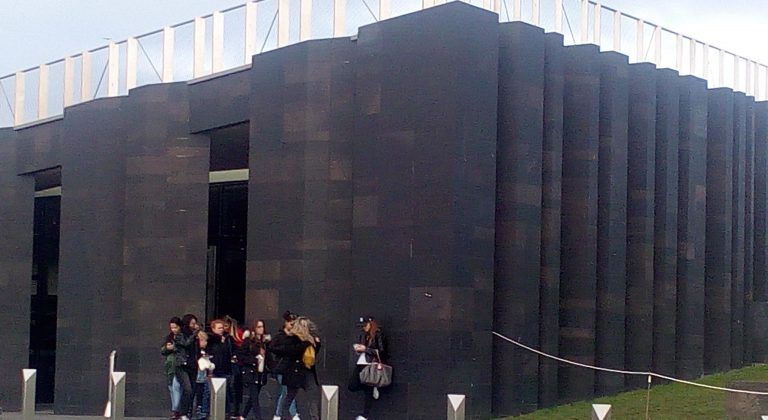 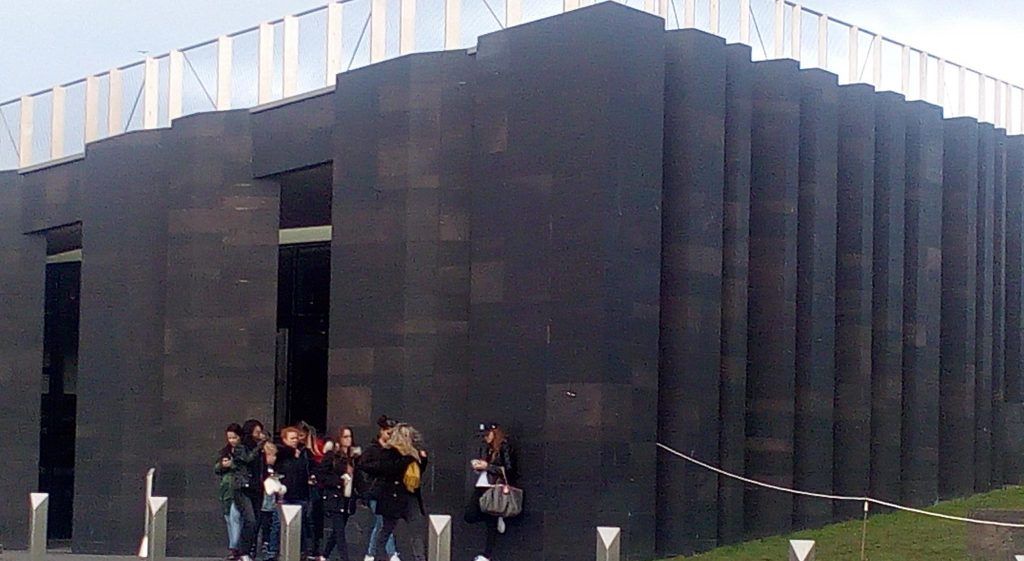 Interested in the unique geological features and history of the Giant’s Causeway? Then head on down to the Giant’s Causeway Visitor Centre today! Rising and blending into the landscape, with walls of glass, basalt columns and a state of the art interior, the Giants causeway Visitor Centre is truly innovative. The energy efficient building boasts a number of exhibition areas and a grass roof with 360 degree views of the Causeway coastline. This is where the science and the stories come to life. Explore the interactive spaces, watch Finn McCool on the big screen and unlock the secrets of this inspirational landscape.

Who is Finn MacCool?

According to legend, these rocks are the remains of a causeway, or road, stretching across to Scotland. The old story goes, that it was built by an Irish giant named Finn MacCool who was challenged to a fight by a Scottish giant named Benandonner.

Flanked by the wild North Atlantic Ocean and a landscape of dramatic cliffs, for centuries the Giant’s Causeway has inspired artists, stirred scientific debate and captured the imagination of all who see it. Is it the handiwork of legendary giant Finn McCool or the result of volcanic fury millions of years ago? The Giant’s Causeway is steeped in myth and legend. Carved from the coast by the mighty giant, Finn McCool, who left behind an ancient home full of folklore. Local people here believe that between the hexagons, the mythical features carved out in the rocks and the tumbling sea, there’s real magic. You may not always see it straightaway, but come to this place, stand on the stones, uncover the legends, use your imagination and just wait. It won’t be long until you feel it!

Access to the Causeway itself is entirely free, however the pricing for the fantastic visitor’s centre is as follows.

Things to do in County Antrim 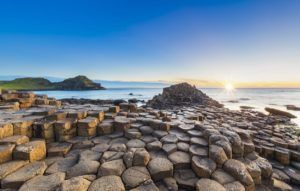 Follow in the footsteps of giants! Take in the stunning coastal views as you trek along the Giant’s Causeway. Made up of entirely naturally occurring hexagonal pillars, the causeway is a surreal sight. According to legend, these rocks are the remains of ... 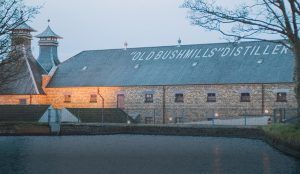 Ever wondered exactly how whiskey is made? Or are you a connoisseur looking for a unique new insight? The Old Bushmills Distillery is probably for you. Said to be the oldest licensed distillery in the world, Bushmills has been producing some of ...

Dunluce Castle on the Antrim Coast

The iconic ruin of Dunluce Castle bears witness to a long and tumultuous history. First built on the dramatic coastal cliffs of north County Antrim by the MacQuillan family around 1500, the earliest written record of the castle was in 1513. It ... 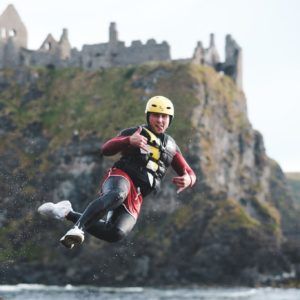 Coasteering on the Giants Causeway

If you’re looking for an exciting outdoor adventure in Northern Ireland, then we’ve got the perfect activity for your stack! Prepare for raw adrenaline with this exciting coasteering experience on the Causeway Coast – dive off cliffs into blue waters, spin your ... 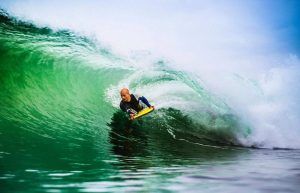 Learn to Surf in Portrush

Surf’s up! Grab a board and head surfing for the day with Portrush Surf School. As the leading surf school in Northern Ireland, they certainly know their stuff. Led by head coach Martin “TK” Kelly, an 11-time Irish National Champion, take part ... 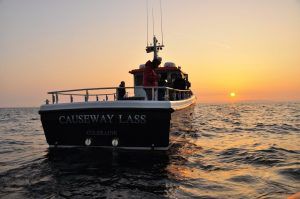 Free your inner Odysseus for the day and take to the sea with Causeway Boats! Whether you are still finding your sea legs, or are a sailor at heart, the moment you step into a boat at Causeway Boats, their aim is ... 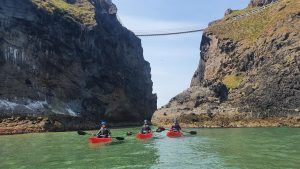 Are you in the County Antrim area and looking to explore the area in a unique way? Why not come along and visit Causeway Coast Kayaking Tours in Ballycastle? Here, guests can take to the open water in a sea kayak under ...

Feel the thrill and get a new perspective on the Ballintoy coastline with a coasteering adventures! Enjoy rock climbing, learn scrambling and jumping techniques, and safely dive into the sea from great heights. It’s an adrenaline-filled adventure like no other. Coasteering NI ... 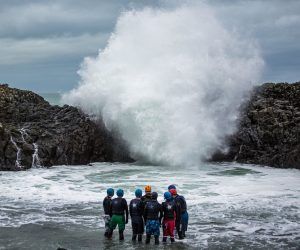 Are you looking to try something new in Ballintoy? How about coasteering? Feel the thrill and get a new perspective on the Ballintoy coastline with a coasteering adventure! Enjoy rock climbing, learn scrambling and jumping techniques, and safely dive into the sea ... 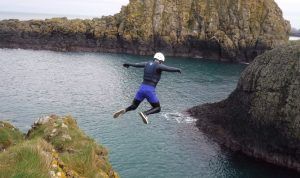 Splash on down to Coasteering NI for an unforgettable coasteering adventure! It’s the #1 thing to do in Ballintoy! If you have no idea what coasteering is it’s an adrenaline-rushing activity that combines rock climbing and swimming all into one activity! While ... 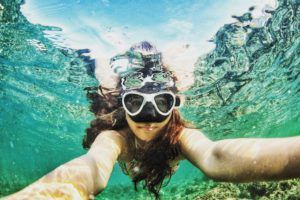 Have you ever dreamed of exploring the deep sea? Well, now your dreams can become reality – dive on down to Free Dive NI in the oceanside town of Portrush! This is where you will discover the magical underwater world of the ... 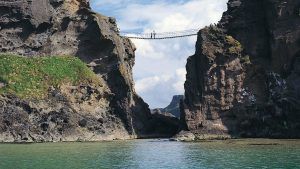 Don’t look down! The Carrick-a-Rede Rope Bridge hangs high above the water and is open to the elements. 100 feet high and 70 feet wide, crossing it is an adventure. Originally used by salmon fishermen, the rope bridge links the mainland to ...
Browse more things to do in County Antrim