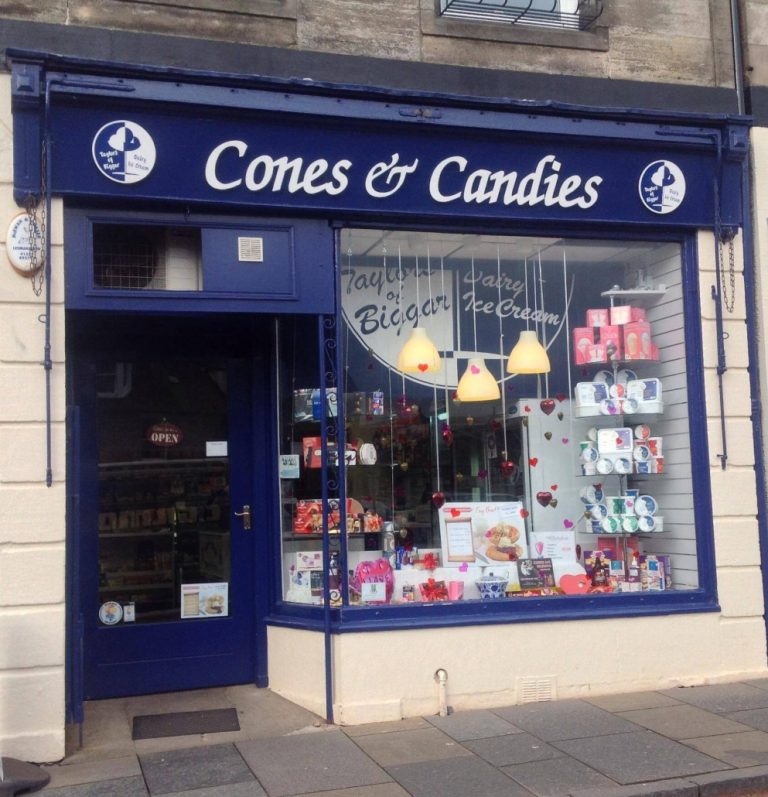 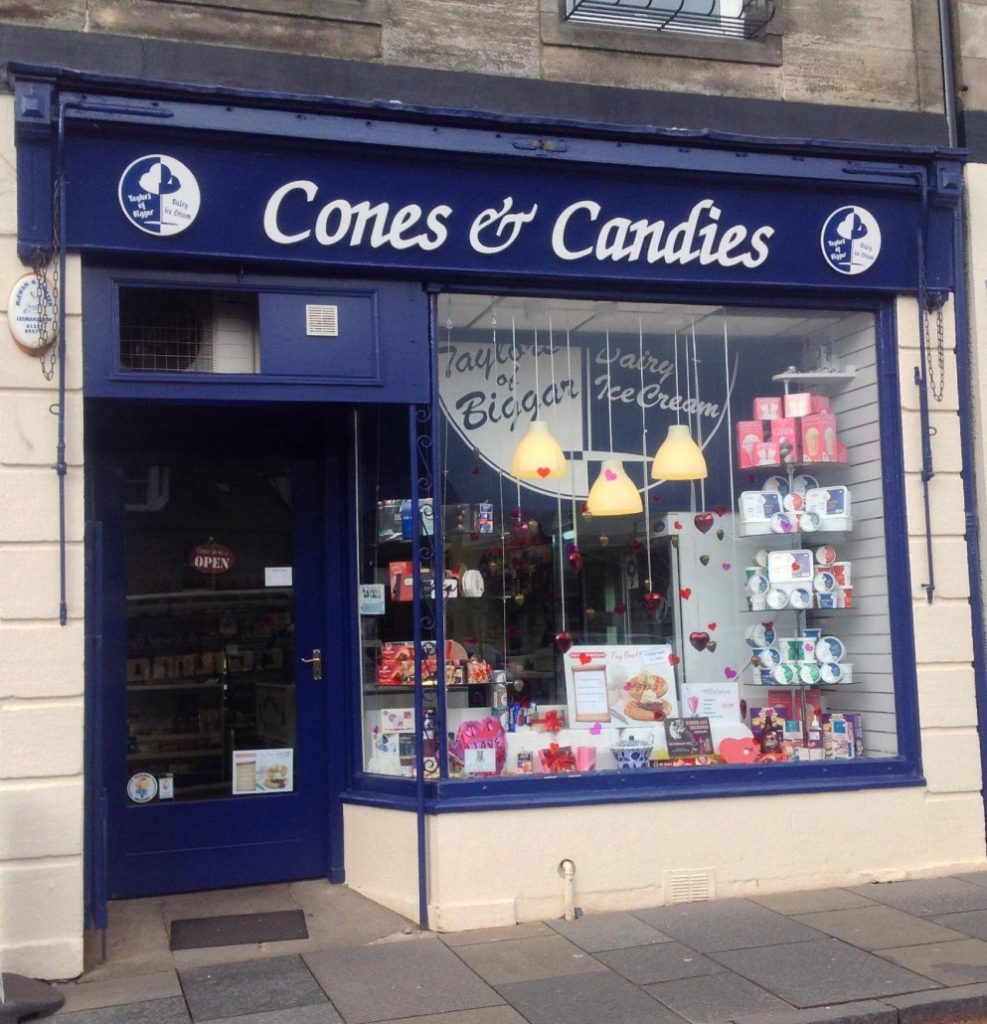 The town of Biggar, nestling within the heartland of one of Scotland’s premier dairy farming areas, has long been a favourite destination for families. Generation after generation of visitors to Biggar have fond memories of the many fine treats served by the businesses of the town. Top of most peoples list would be the superb Quality Ice Cream purchased here.

Stewart and Nita Taylor purchased the Ice Cream business from the Italian Ricci family in 1968, and during the next 46 years, they have built a formidable reputation for their Original Italian Vanilla Ice Cream. Although many changes have been made since those early days, the Taylors were determined to continue using the recipes and traditional high standards of their predecessors, and this is still true today. Milk is delivered daily to the production unit from local farms, and great care is taken always to source only the purest natural ingredients.

What is the best ice cream shop in Lanarkshire

During this time over 100 awards have been won with Medals, Diplomas and Cups being brought back to Biggar. High points of these awards are the Bronze Medal for Dairy Vanilla Ice Cream taken at the 1997 show, the Silver Medal for Dairy Vanilla Ice Cream received at the 2002 show competing against producers from across the UK and Ireland, also the Scottish Cup in 2000 for the Vanilla Ice Cream gaining the highest marks for Scotland in the National Competition. In October 2004 at the Ice Cream Alliance National Competition, Taylor’s received the top prize being awarded, the Gold Medal, along with a Silver Cup for coming first in the Dairy Ice Cream Continuous Freezer Class, also a bronze medal was awarded for the Dairy Artisan Class and a Special Diploma of Merit for their Strawberry Ice Cream.

Today the majority of Taylors production remains their traditional Ice Cream, but they have also added the manufacture of Scottish Tablet, Fudge and Macaroon Bars along with Butter and Treacle Drops to their product range.

Things to do near Lanarkshire 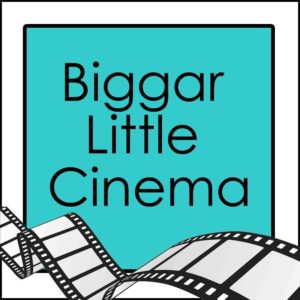 In the small town of Biggar there is a lot on offer. A lot of events happen at the Biggar Corn Exchange from plays to theatre groups and workshops. One of the most unique things on ... 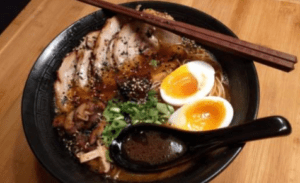 Next to the chippy in Biggar, a new restaurant and takeaway has opened – Senaka! Entering Senaka you’ll notice the unique decor, neon lights in the waiting room with authentic posters from Japan on the wall. ... 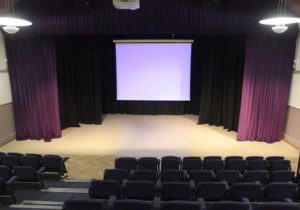 Youth Theatre Group at the Corn Exchange in Biggar

Every Tuesday from 7 till 9 at the Biggar Corn Exchange it’s time to be a bit dramatic. The Corn Exchange Young Performers or “CXYP” for short is a drama group that is open to any ... 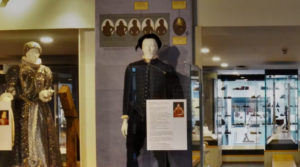 Explore the history of small town life at Biggar Museum

Biggar Museum is a museum specialising in the history of rural Scottish life in the upper Clydesdale area. Explore 14,000 years of human history through the lens of an average resident of Clydesdale. Get context on ... 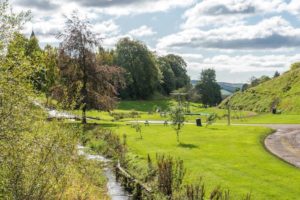 Burn Braes Park is a beautiful and wonderous. The park is named after the river that flows through the park and splits the park into two unique halves. The park features a big slide and swings ...

Enter what was one of the first small-town gasworks to open in Scotland – and among the last to close. For more than 130 years, the industrial plant made coal gas for use in the town ... 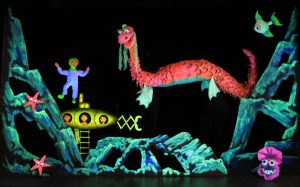 Watch a Fantastical Puppet Show at Purves Puppets in Biggar!

Are you a parent who has a child with a passion for puppets? Or maybe you are just an Adult wanting to watch a classic Puppet show. The only issue is that stationary Puppet theatres are ... 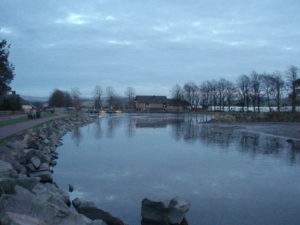 Visit the luscious and serene Biggar Boating pond a park like no other. The boating pond in Biggar is stunning with a beautiful half mile long pond in the middle of the park with swans and ... 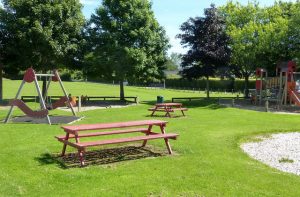 The park in Symington is great for a day out with the kids. Situated in the beautiful small town of Symington this park has been around for many years and features two main areas. The first ... 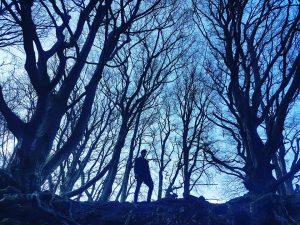 Symington is a small town that is near Biggar and is often overlooked when visiting Lanarkshire. This shouldn’t be done as Symington has so many beautiful places to visit and walks to do One of the ... 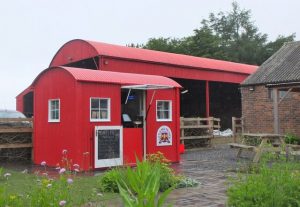 The Big Red Barn in Biggar

Visit The Big Red Barn in Biggar and eat great homemade food in their friendly country café or ‘grab a bite’ from their Little Red Pie Shed for that outdoor experience. Be tempted by a range ... 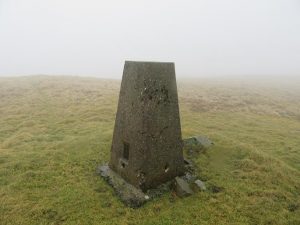 Lamington Hill is a summit in the Culter Hills and Tinto region or range in Scotland. Lamington Hill is 492 metres high. There is not a designated pathway but you’ll find a trail. Beautiful views from ...